No products in the cart.

FIREMOVE has always been the most sought after board in our range. Easy and accessible, once you step on it you will immediately feel confident. This year we have further improved performance and versatility.

FIREMOVE has always been the most sought after board in our range. Easy and accessible, once you step on it you will immediately feel confident. This year we have further improved performance and versatility. The profile of the new FIREMOVE V4 has been modified, creating a mix of nose “retro style” and tail round wing in a maximum width very modern. The rails have been thinned to the point of being thinner than a hardcore waveform, a real boost in terms of maneuverability and steering ease. The result is early gliding, acceleration, maneuverability and a slight sensation on the water.

There are no reviews yet.

Only logged in customers who have purchased this product may leave a review.

There are a few important things to keep in mind when returning a product you purchased. You can return unwanted items by post within 7 working days of receipt of your goods.

Ship your item back to Us, Return process

To return an item, place the item securely in its original packaging , and mail your return to the following address:Postfach 12 0182008 Unterhaching ( Munich)GermanyAttn: Bklp ReturnsFor more information, view our full Returns and Exchanges information. 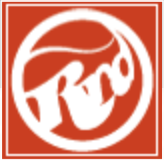 What is the main task that a freestyle wave board must perform? It¥s very simple: allow all those who want to start to sail in the waves, with the first jumps and rides, but at the same time to love to sail fast with control before launching into a tight and radical jibe and why not, inserting a spock, a grubby or a flaka in here and there completes the fun spectrum.The Style Wave allows you to do it all easily, it¥s simply the most versatile FSW shape on the market.
€960,00 Aggiungi al carrello

WAWEDYNAMO is a very compact board with progressive and fast rocker. We tested this shape in all conditions and it proved to have an incredible range of use, but the best feeling is to have a smaller board under your feet, since this shape is performing and easy.
€2.499,00 Scegli
Sale

The most versatile board in our collection will always be able to make you happy, whether you are going out in flat water or with the waves.
€1.729,00 – €1.929,00 Scegli
Sale

The Wave Cult is a board designed to work best in both on-shore and side-shore conditions and with waves of all sizes. This board allows you to enjoy every exit, even when the conditions are not exactly ideal.
€1.300,00 Scegli

The HardcoreWave V6 are the most versatile Hardcore wave boards ever build since their introduction in our collection. 4 Shapes with 10lt of difference from 98 all the way down to 68 all equipped with 5 Fins slot box to be able to switch  from a Thruster to a Quad set up depending on your style.
€1.620,00 – €1.649,00 Scegli

Choosing a wave board must be carefully considered based on the average conditions of use and the rider¥s ability. Some boards leave no room for compromise: in terms of radical down-the-line wave riding, the C4 is on top of its category.
€2.399,00 Scegli
Sale

Hard
Squadra Corse SL
SQUADRA CORSE SL 2020 When it comes to design, i-99 is expressed in 100% Cesare Cantagalli language: 40 years of matured evolution in & out of the water with Italian elegance, innovation, meticulously finished details and that "sporty" energy combined to offer you maximum performance, fun and unrivaled image. From whatever perspective anyone examines, the style is clear and unequivocal. Water lines and design are striking: they look unique, they offer top class performance: never experienced before.
€2.839,00 – €2.999,00 Scegli
Sale

Innovating a benchmark is never an easy task, but we did it! The 3rd version of the most wanted boards in our range are now out and planing.
€1.230,00 Scegli
Sale

The Hardcore Wave V7 is without doubt our most complete wave board ever. Developed and inspired from the boards of Alex Mussolini, they offer the usual radical turning ability that the Hardcore has been famous for, but with added speed and performance to make them the most versatile Hardcore ever.
€1.649,00 – €2.499,00 Scegli
Sale

The TwinTip V7 is the ultimate freestyle board for progressive and radical riders. It makes sure to transform each gust in your most stylish move thanks to an unique acceleration and pop. The TwinTip V7 is all you need to go beyond your level and get an exciting and mind-blowing ride.
€1.099,00 Scegli
Sale

Many years of experience in shaping, tuning, testing and multiple World Titles have brought us to this point. The X-FIRE is without a doubt a solid winner but above all an incredibly fast race board.
€1.759,00 – €1.839,00 Scegli

Hard
Style Wave 104 2020
STYLE WAVEFREESTYLE WAVEWhat is the main task that a freestyle wave board must perform? It¥s very simple: allow all those who want to start to sail in the waves, with the first jumps and rides, but at the same time sail fast with control before launching into a tight and radical gybe and why not, add a spock, a grubby or a Flaka and complete the fun spectrum. The Style Wave¥s classic shape allows you to do it all easily, it¥s simply the most versatile FSW shape on the market.
€1.899,00 Aggiungi al carrello
Sale

The new WAVE CULT V8 is the board that everyone should have, which suits all kinds of conditions and allows you to feel covered in any sessions at both your home spot and on your travels. We focused more and more on this goal to provide a tool that can perform the best in both on-shore and side-shore conditions in every wave size.
€1.330,00 – €1.649,00 Scegli

Use this form to find things you need on this site